Based on a unique side-scrolling view, WING LEADER: Supremacy 1943-1945 lets you recreate the climactic air battles at the end of the war. Scenarios feature fights above the Reich, Normandy, Italy, Romania, the Eastern Front, and the Pacific. Players fly squadrons and flights, attempting to intercept raids or fend off marauding fighters in fast-playing games that take between 90 and 120 minutes. Rules cover late war armaments such as air-to-air rockets and jet aircraft. 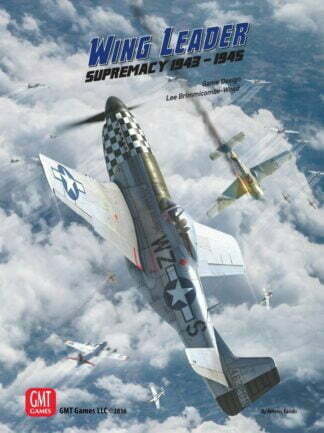