SPQR (Deluxe Edition) is a re-working of the classic GMT game of warfare in the age of the Roman Republic, out of print for many years now. The deluxe edition contains the five scenarios, maps and counters from the original SPQR, plus nine additional scenarios (and the requisite maps and counters) taken from various expansion modules. This major revision makes available again a key part of the brilliant Great Battles of History Series.

Battles: (and the modules they appeared in originally) 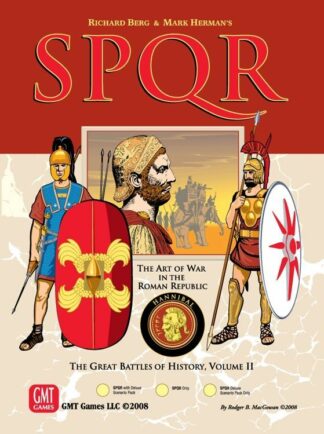