Fighting Formations is a fledgling series of games, which will focus on several battles of various individual formations during World War II. The first title in the series is “Grossdeutschland Infantry Division.” Future titles aren’t yet set in stone but could be devoted to other famous divisions (Big Red One), Corps (Afrika Korps), regiments (442nd RCT), Commando troops, Ranger battalions, etc.

The scale of the game is 75 meters per hex with turns representing about 5 minutes of real time. Units are squads, guns with their inherent crews, and individual vehicles. Platoons are also employed.

The game has card Assets — including such things as snipers, artillery, air support or demolitions — but is not card-driven. It is also not the typical Igo-Yougo fare with a strict sequence of play. Instead, the base game engine is an impulse-type back and forth mechanic whereby the various Orders carry with them a certain cost in Initiative, with the person having the most Initiative at any given time being able to take the next action on the map. 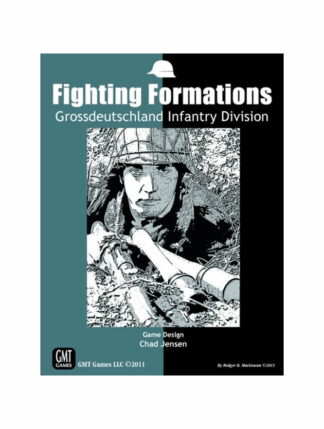