Combat Commander:Pacific is a card-driven board game covering tactical infantry combat in the Pacific Theater of World War II. CC:P’s main theme is the addition of three new factions to the Combat Commander family:

CC:P is a stand alone game in the card-driven Combat Commander game series. While utilizing Combat Commander: Europe’s basic rules, CC:P includes numerous rule tweaks and additions in order to more accurately portray tactical warfare as experienced by the participants in and around the Pacific and Indian Oceans. This slightly ramps up the complexity of the Combat Commander series while at the same time imparting a bit more depth and realism. Just a few of the additions include:

NOTE: Combat Commander:Pacific is a stand-alone game. You do NOT need to own any other Combat Commander game in order to play it, though familiarity with the system would be a plus 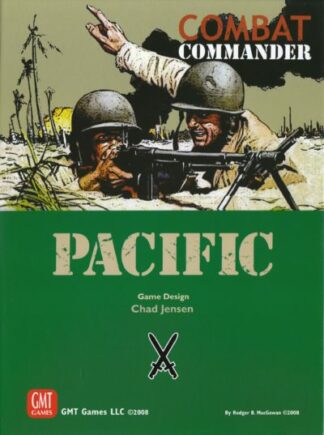