Nightmares and apocalyptic visions have plagued novelist Gloria Goldberg for her entire life. Although she learned to exorcise her terrors onto the page, she has never revealed the inspiration for her weird tales, not even to fellow author Jamie Galbraith. One day, she is struck by a vision of Jamie begging her to help finish what he started. Moments later, she receives word of his sudden death.

Gloria travels to Arkham at their publisher’s behest to collect Jamie’s current work, but her visions of a devouring sky only intensify. As Gloria reads Jamie’s unfinished book, the story takes hold of her, and the words on the page begin to bleed into reality. Can Gloria find a way to change the end of the story before it heralds the end of the world? 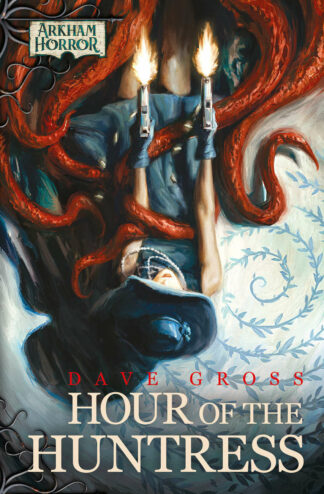